Many people receive emails from any one of a number of “professional organizations” complimenting the email recipient for their accomplishments, or saying that they have been highly recommended by people in their industry, blah, blah, blah. The professional organization invites the email recipient to be listed in the “Who’s Who” directory of professional “whatevers.” The sender often states that there is no cost or obligation, though not always. But the recipient is later invited to purchase a copy of the Who’s Who directory containing their personal listing. Check out these Who’s Who invitations received by your esteemed Daily Scam authors… 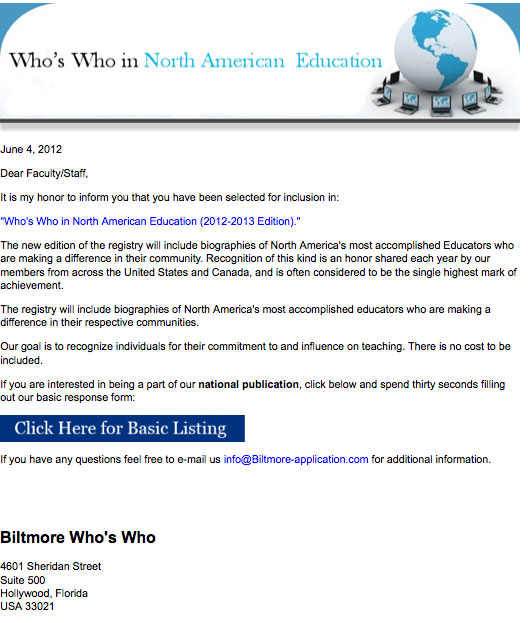 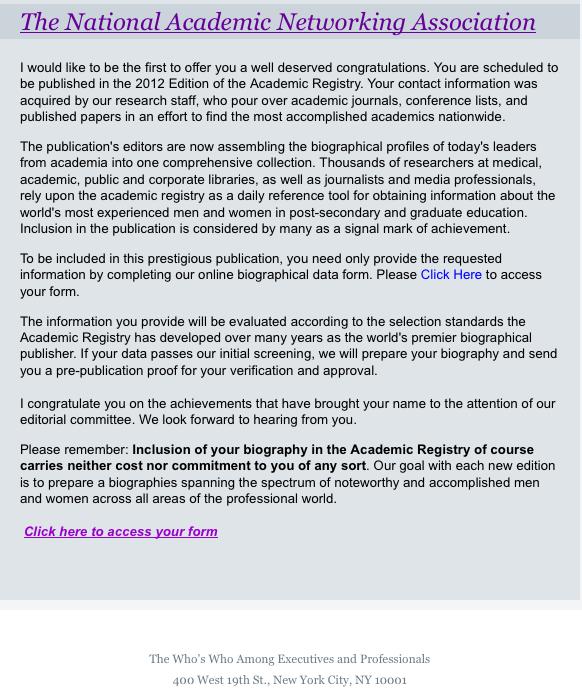 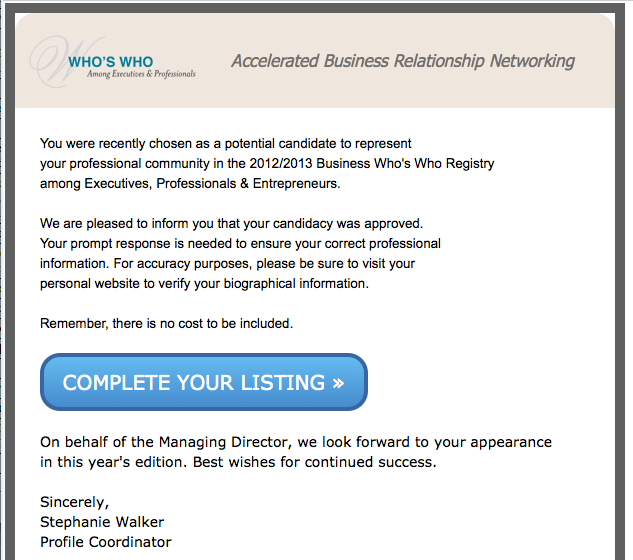 These are called “vanity scams” because they are meant to appeal to our own sense of self-worth. We know we’re important, now someone is finally recognizing that in us!
…for a fee of course.

Here is an example of thirteen employees of one company who all received “nominations” to join a Business Leadership Who’s Who:

And another example to join the “Executive’s Who’s Who” directory:

“What’s What with the Who’s Who” by Ben Rothke.
Read a scathing blog post about these vanity scams posted at the Fraud Prevention Unit in 2010.
Link to a Facebook Group focused on the one of these scamming groups.
Vanity Scam Watch