We are convinced that one cybercriminal group, which includes at least 3 women who work with them, is solely responsible for most of the package reshipping scams we’ve reported on at The Daily Scam during the last two years.  In three previous articles, we have reported on this scam, beginning in the Spring of 2019, and uncovered evidence that this scam was very likely active at least a year earlier in May, 2018.

If you were to read our previous articles about this scam, you would see many similarities in the way this scam has been engineered and executed, including identical or nearly identical websites, strongly suggesting that one criminal group is very likely responsible for the many bogus companies created to “hire” package reshippers (“Quality Control Inspectors”) as mules to move stolen merchandise (or merchandise purchased with stolen credit cards.)  The list of more than 55 bogus companies (and domains) discovered since 2018 is significant and continues to grow! (You can find a list of 51 of these bogus companies at the bottom of our first article about these scams.)

We now have FIVE more bogus companies to add to this growing list and each of them came with a very robust, detailed website. Within this list of websites you’ll see that several are nearly identical to each other in so many details including the “Professional Team” and the people who reviewed them. Also, two of these fake company websites were nearly identical to the fraudulent company called QY Shippers on which we previously reported, while the 3rd was similar.  These new companies are:

Below you’ll find details why we believe that each of these companies are fake businesses. (Click images to enlarge.)

Each of these bogus companies tells their workers  “It is very important that the couriers clean the boxes from all old labels. The box must be shipped strictly with the outgoing label which we gave through the dash. All other incoming labels must be removed, erased or covered with new label. ” Said  Camilla Wang | Supervisors Shipping Department Direct number: (302) 565-0119 SHEA POST

UPDATE March 8, 2021:
The cybercriminal gang behind all of these scams is VERY THOROUGH!  When we recently asked one of their victims how she first heard about the position for “Remote Package Inspector” with Shea Post, she told us she received an email from a career website called Career USA Hub.  The email came from Sherryl.Jennison.si@careerusahub.com.  We believe this “USA” job website to be a fraud too:

CareerUSAhub.com leads one to believe that it is a job site for American Jobs.  Why was this domain registered anonymously through a Ukrainian Registrar (UKRnames) and hosted on a server in Ukraine just last September, 2020?  Prior to that date, this website didn’t exist. (The Russian language is closely related to the Ukrainian language.) 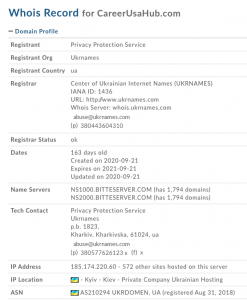 These are the biggest RED FLAG WARNING SIGNS THAT THE SHIPPING COMPANY THAT HAS CONTACTED YOU FOR HIRE IS A SCAM:

Under “Who We Are” Shea-Post says that “partnering with SHEA POST means that you have a full team of trained and educated specialists at your disposal to help you make smart, effective, and strategic decisions  about your logistics operations.” In their mission statement they claim to “seek to operating on the principles of Trust, Loyalty, and Integrity…” Nothing could be further from the truth! The criminals behind this scam have been using American citizens as mules to move stolen merchandise for at least two years.  Let’s break it down for you…
(Read our article about the scam website QYShippers, you’ll find a nearly identical “International & Global Strategies” website.)

2. Meet Our Team – We Have a Professional Consulting Team 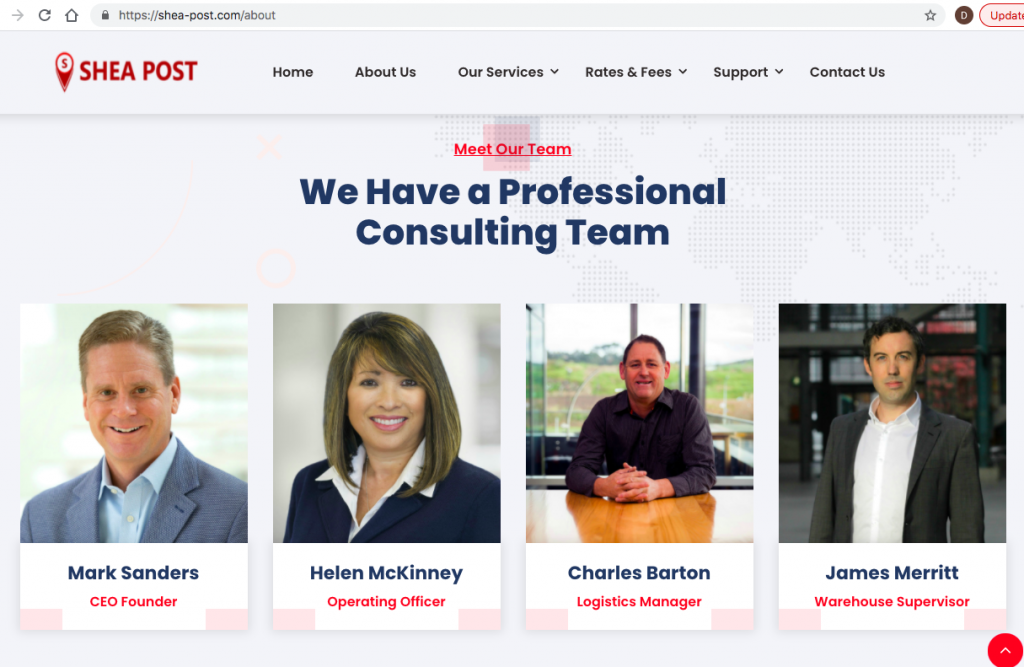 This “Consulting Team” consists of the exact same people that were posted on the QYShippers.com website and described in our article about this fraud. These same photos were used on Shea-Post.com. They were stolen from real people across the Internet.  Below are the names of the real people in these pictures and a link to a location where the stolen photo can be found:

“Mark Sanders” the CEO of Shea Post is in reality Mr. John Brennan, a Compliance Officer at Realogy Holdings Corp., a company in the business of real estate.

Shea Post lists the same two reviews that were posted on QY Shippers.  Both reviewers are fake.  For example, the image used for “Mary Ross” is a stock image found on many websites around the Internet. But what really got our attention was the fact that this image was found to be associated with many sites using the Russian language and websites in Russia itself.  For example, we found it associated with a website in Russia called spb[.]ru.  According to Google Translate, this website represents “The Foundation for Assistance to the Development of Internet Technologies and Infrastructure in Russia.”  But Google found the photo of “Mary Ross” on a subdomain at this site described as “Postcard Galleries” which appears to have links to a wide variety of random photos. You can find more details about our investigation into “Mary Ross” in the article about QY Shippers.

Shea Post lists their company’s address as 20 Shea Way, Unit K458, Newark, DE 19713. And yet, DelwareInc.com has no listing for this company. Neither does Whitepages.com. The building located at 20 Shea Way in Newark, Delaware lists 30 businesses and all are listed as Suites in the 100’s or 200’s. None of them are listed as “Units” and there is no “Unit K458.”  This is a pattern used by these cybercriminals.  They choose addresses for the phony businesses that are a large buildings made up of many businesses, and pick a suite number that usually doesn’t exist.

We’ve also learned from a woman who was “hired” by Shea Post but never paid after a month of doing their dirty work, that the crminial gang behind Shea Post, used another domain to email their “employees.”  Here are two email addresses used from the domain sp-email.net by women pretending to be Supervisors:

The woman was able to phone three femail supervisors at Shea Post, until they blocked her calls!  She said that all 3 had accents but could not describe the kind of accents:

The first thing you’ll notice if you were to visit MindreyUSA.com (before it was taken down), is that the website is IDENTICAL to Shea-Post.com and QYShippers.com.  For example, under “Who We Are” Mindrey-Post says that “partnering with MINDREY POST means that you have a full team of trained and educated specialists at your disposal to help you make smart, effective, and strategic decisions about your logistics operations.” In their mission statement they also claim to “seek to operating on the principles of Trust, Loyalty, and Integrity…” And if you read our article about the scam website QYShippers, you’ll find the nearly identical text. 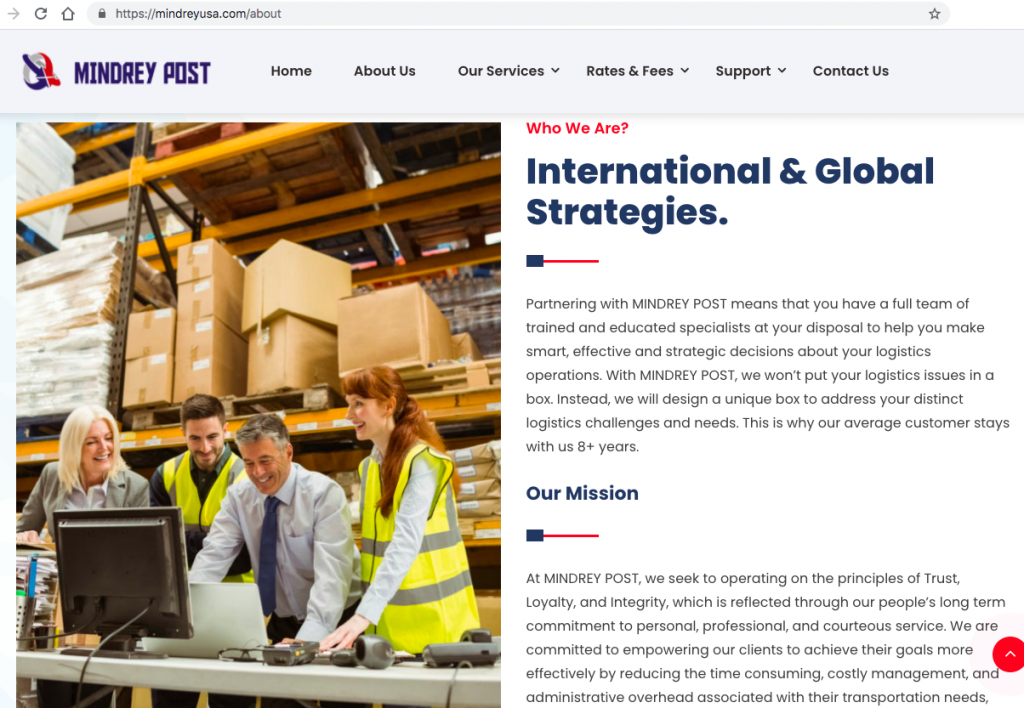 1. “8 Years on Market” –In fact, the image and numbers used on Mindrey Post ARE IDENTICAL to those used on Shea Post!  And yet, the domain, mindreyusa[.]com, was registered anonymously just 20 days earlier on January 14, 202 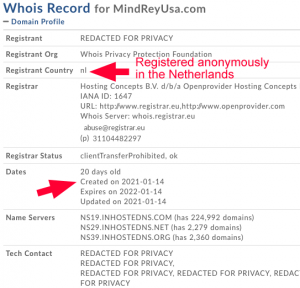 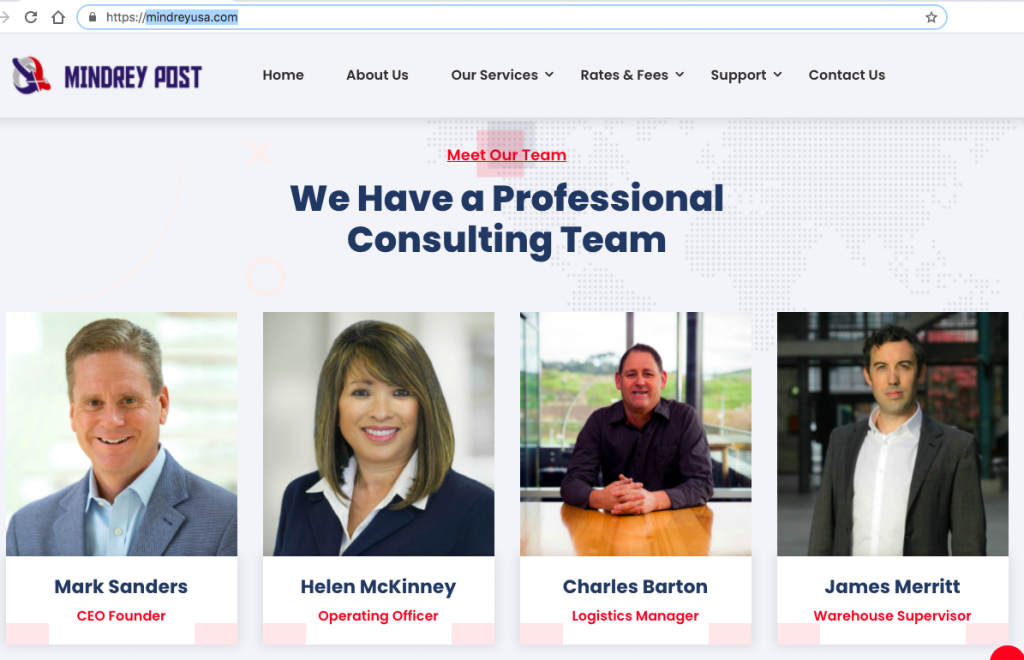 4. Mindrey Post doesn’t exist in Hackensack, New Jersey…. Or anywhere else for that matter!
Like Shea Post, Mindrey Post lists their contact information as an address that doesn’t exist in Hackensack, NJ. In fact, we used both the Better Business Bureau and Experian Company Search to find this business and neither database had any information about it. 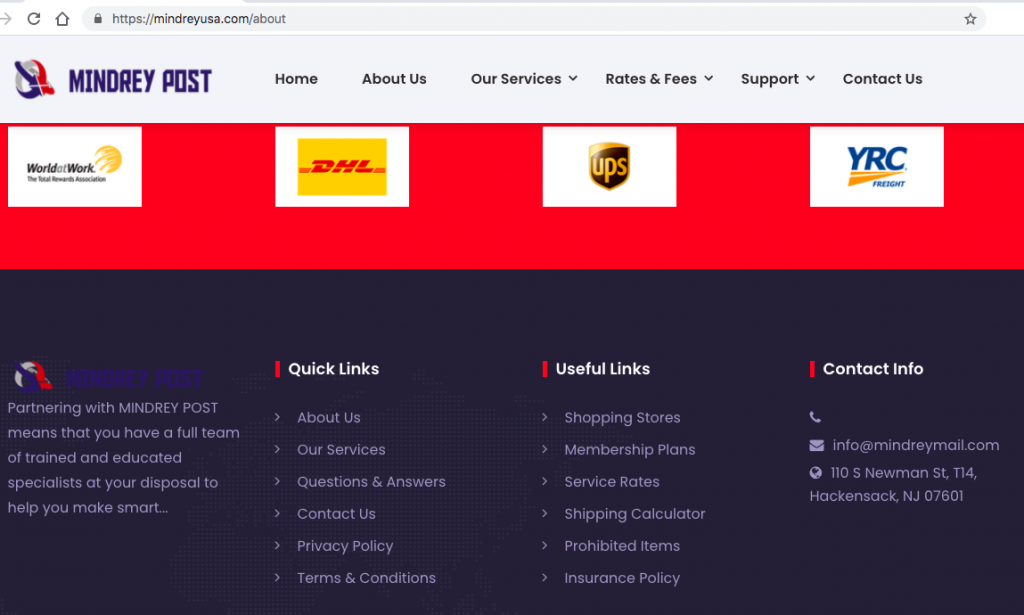 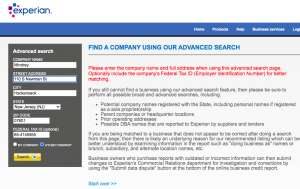 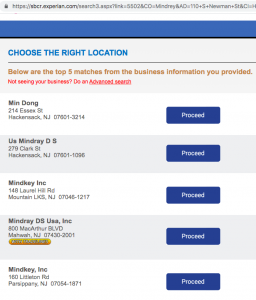 Additionally, we were contacted by a woman who was invited to interview for a job with Mindrey Post as a “Quality Control Inspector.”  She suspected it was fishy and sent us these emails from human.resources@mindreymail.com and Lia.Weber@mindreymail.com.  It turns out that the domain mindreymail.com was also registered just 20 days earlier on January 14.  The woman was invited to watch a video that looks surprisingly similar to other videos these scammers have posted on their scam websites! 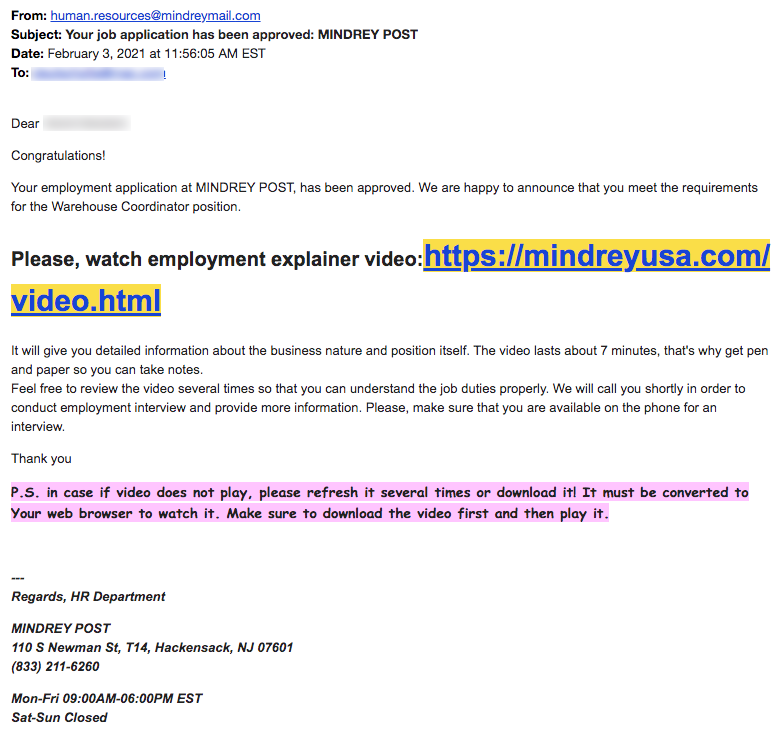 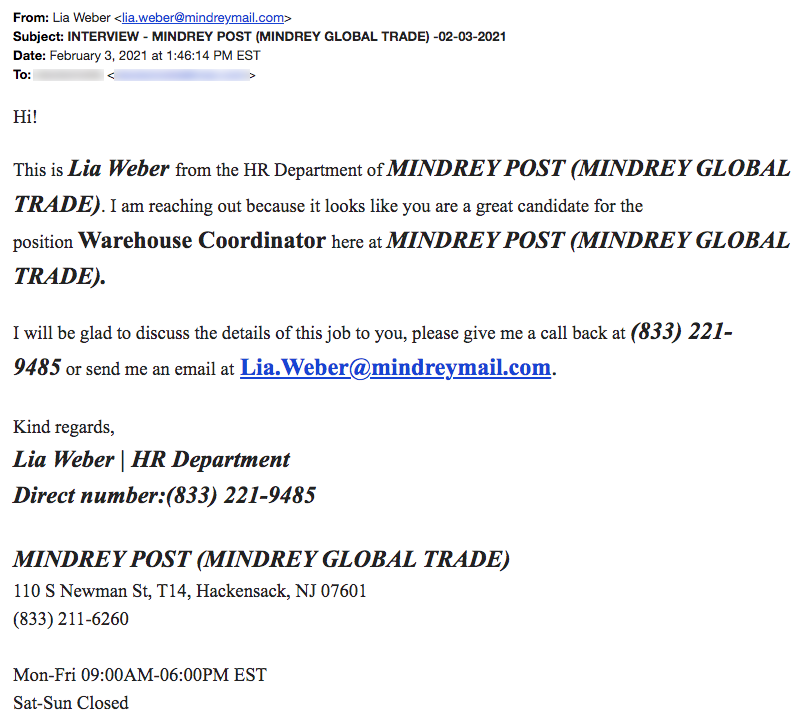 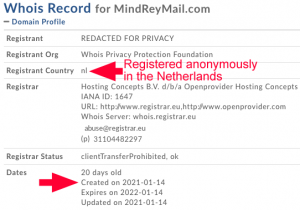 Once again, we wondered who are these criminals that are targeting Americans?  Where might they be located?  We know that all of the domains used in these scams were registered in the Netherlands. The website for Shea Post was hosted in Canada, while the website for MindreyUSA.com  was hosted in Germany. But most telling of all, was the fact that Mindrey Post sent an “Employment Agreement” as a Word document to the victims it “hired.”  When we dug into this Word document provided to us by a victim, it revealed that it was a version of Word likely sold in a Russian speaking country.  Here’s why we believe this…

Every Word document contains some hidden information available if you know where to look for it.  We found the Russian language in this hidden information, along with the fact that the “Employee Agreement” was created a week after the domains were registered.  By the way, the Employee Agreement lists the company’s US Government Federal ID number as 85-4145955.  We were not able to find any business to whom this Federal ID was registered.  It’s also fabricated. 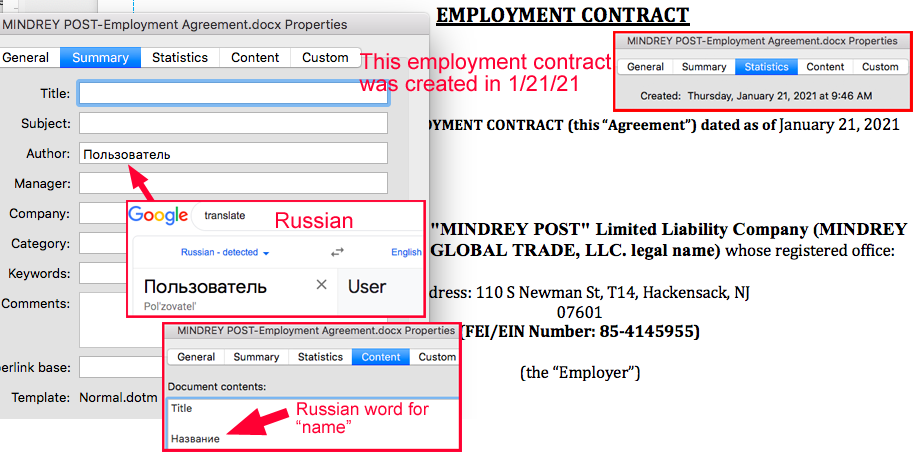 Allmond Shippers uses the domain AllmondUSA.com, as well as the domain AllmondMail.com for their email communication with victims. (Using a separate domain for email now seems to be standard practice for this criminal group.) Both of these domains were registered on November 5, 2020 in the Netherlands.  At least this time, their AllmondUSA.com website said that the business was started in 2020! 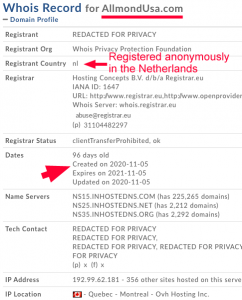 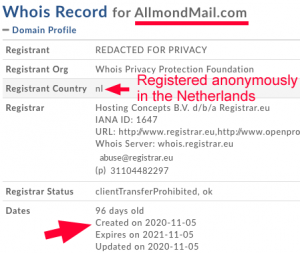 People who were contacted and hired from Allmond Shippers told us that they heard from the following people:

Zlata Hutson, HR Department
Direct number: (502) 200-5250
IMPORTANT NOTE: These scammers will ask you to submit a “government-issued ID (both sides)” like a Driver’s License. 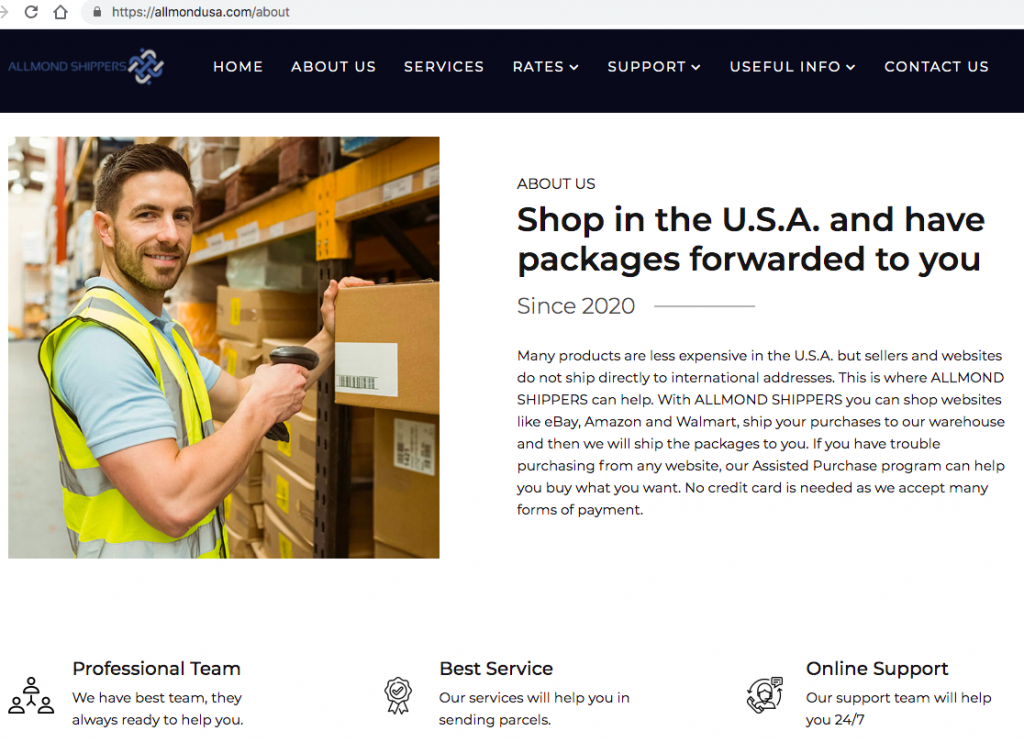 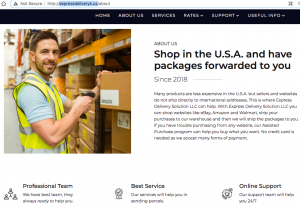 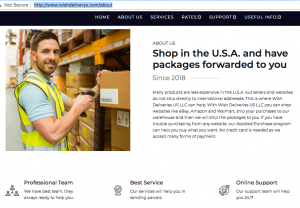 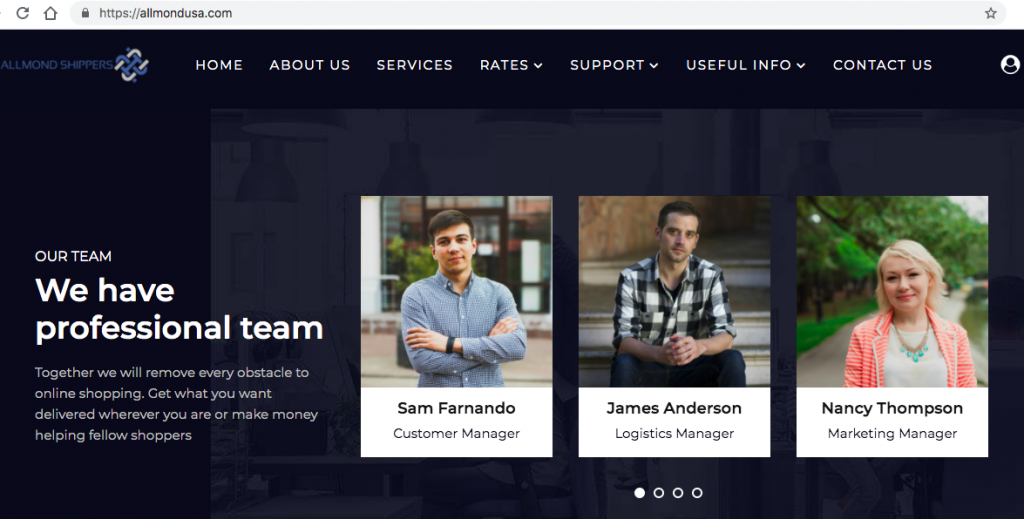 On all 3 business websites, they list their professional team as: 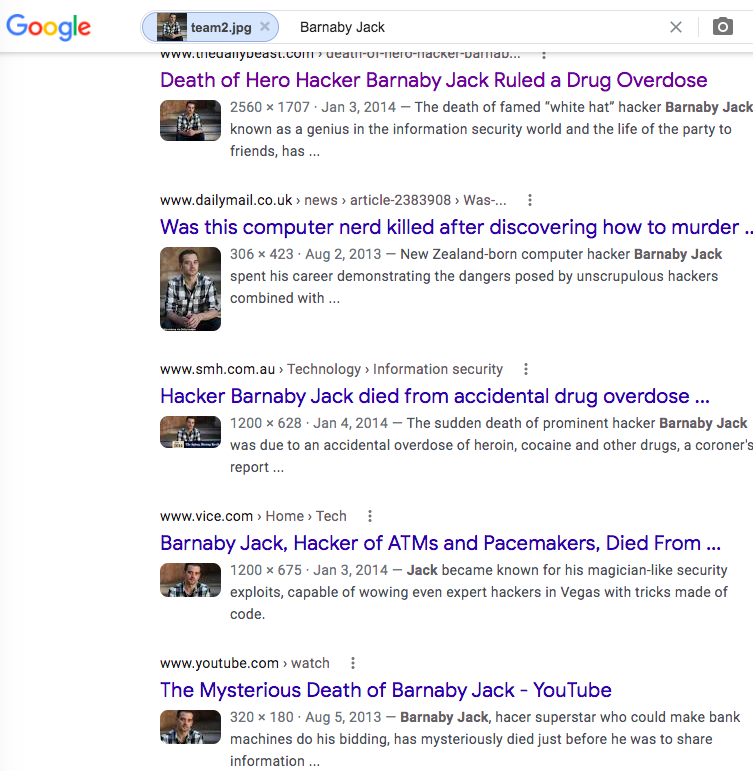 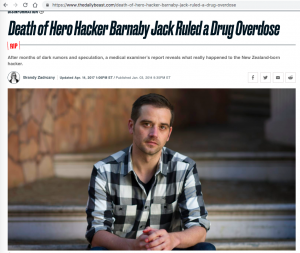 3. As best as we can tell, the photo of Nancy Thompson is from a Russian stock photo website because we have found that same photograph used on DOZENS of websites in Russia. Using EXIF data found in that photo, we see that it was taken on August 22, 2014. Here’s just one peak into the use of this woman’s photo (we used Google translate to change all text from Russian to English.) 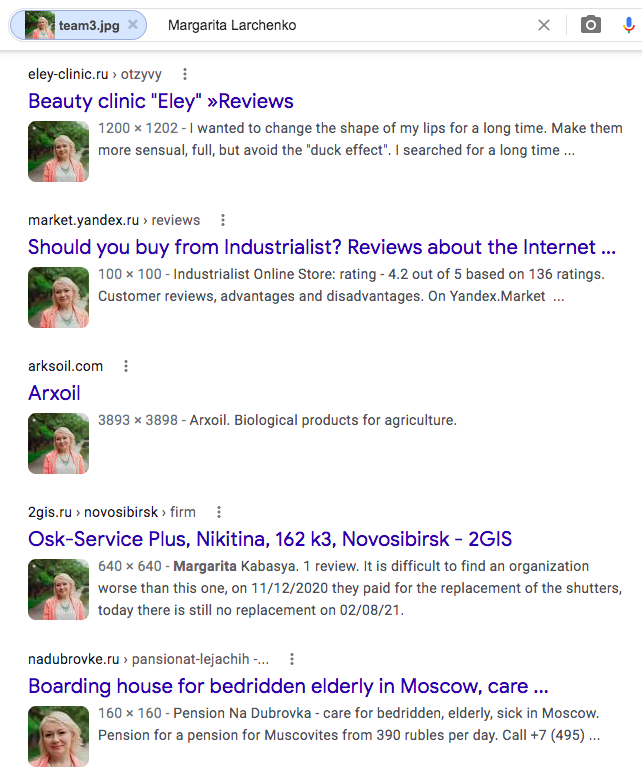 And here she is again, posting a review on Arksoil.com, a Russian agricultural company…. 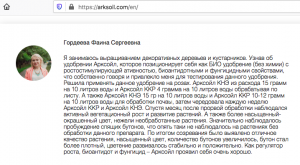 4. The last person listed on the Professional Team for Allmondusa.com, WishDeliverys.com and ExpressDeliverys.us is named Nail Mathue – Transportation Manager.  We also found Nail’s image on a lot of Russian websites, including under the name of Павел Колосов (Pavel Kolosov).  Paul Kolosov has posted 6 reviews using this image on TrustPilot.com. 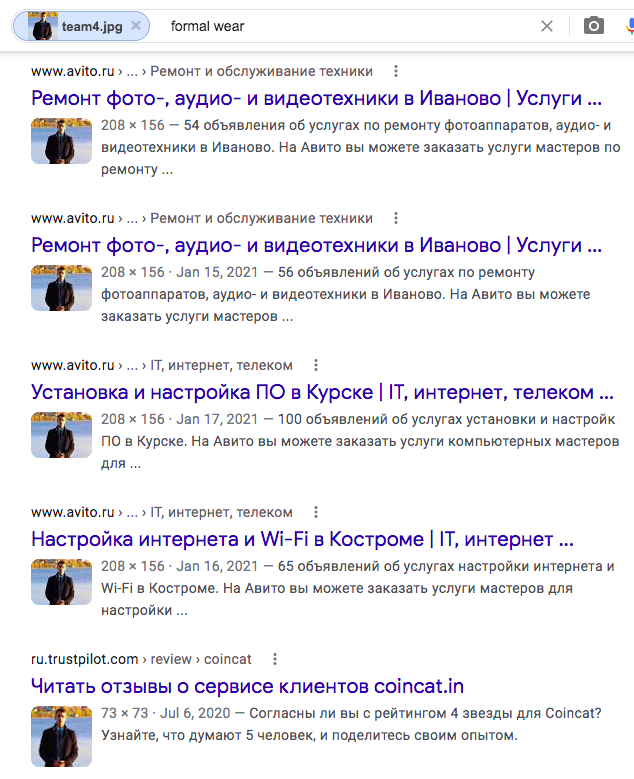 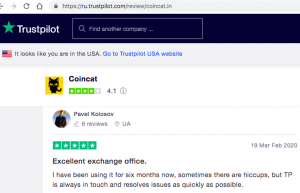 5. All three companies — AllmondUSA.com (also called Allmond Shippers), WishDeliverys.com (also called Wish Deliveries US LLC) and ExpressDeliverys.us (also called Express Delivery Solution LLC) — have also posted the EXACT SAME review by a man identified as Robert Peters.  We also found that image of Mr. Peters across dozens of Russian and Ukrainian websites.  It appears to be a stock image. 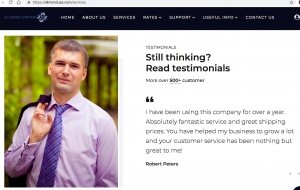 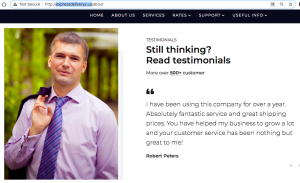 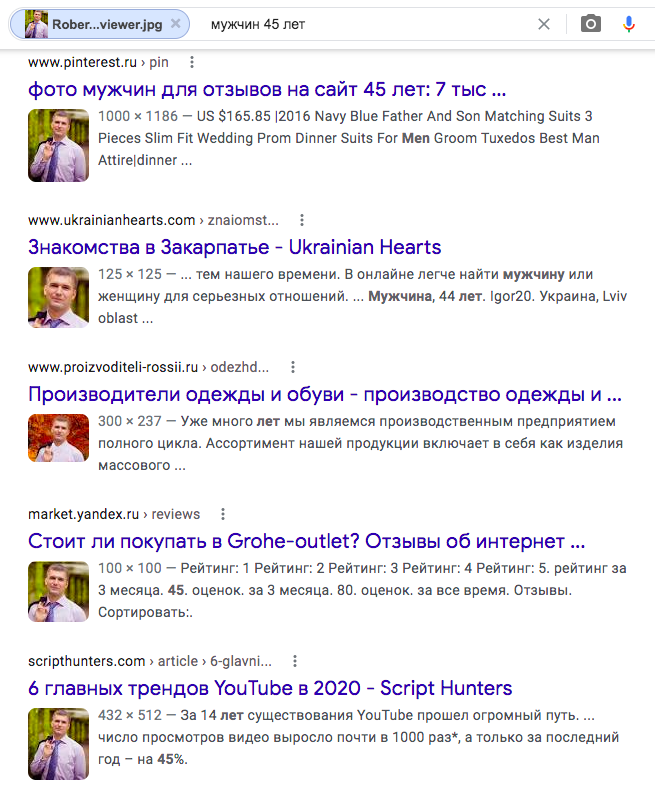 There are many more connections we can make between all of these seemingly unrelated business websites, but our readers should get the point by now.  All of these companies, including another half-dozen we’re still investigating, are most certainly bogus sites used to trick Americans into applying for jobs to be mules, (package reshippers, quality control shippers) to move stolen merchandise.

Here are the biggest RED FLAG WARNING SIGNS THAT THE SHIPPING COMPANY THAT HAS CONTACTED YOU IS A SCAM:

We began this article by saying that there have been more than 55 bogus websites pretending to be shipping businesses and hire Americans to be package reshippers.  There are another half-dozen we’re investigating (as of mid-February, 2021). These fake businesses are like a Whac-a-mole game! You knock one out and 2 more immediately pop up on the internet game board! It is simply too easy to deceive others online.  Be skeptical!  We invite our readers to send us your questions about suspicious job interviews, offers, or businesses.  Email us at spoofs@thedailyscam.com.