[Published 7/19/20] During the Spring of 2020, a woman we’ve named Marianne helped us expose a long time career criminal who targets women by building their trust in him through an online relationship and then creates reasons why he desperately needs money from them to help him with problems.  We titled that article “A Professional Love Scammer from Zimbabwe.”

About a month ago, Marianne met another man online named Alex G. Scott. Alex claimed to be a widower who lost his wife five years earlier to Leukemia. He used the email address scottalexg355@gmail.com. He said that he’s a doctor from Kansas City, Missouri, but stationed in Syria at the moment, presumably with the U.S. Armed Forces but that wasn’t clear. He has recently decided to start dating again, he says “to start a new life with someone sweet caring and understand, as I will be getting my retirement soon.”

After about 2 weeks communicating with him, primarily through texts, Mr. Alex G. Scott started to send kisses and flower emojies. About another two weeks later he was professing his love for Marianne and interest to retire and spend the rest of their lives together when he retires, in a couple of months, and returns from Syria. Keep in mind that Marianne had never met this man in person, nor had a video chat with him. She sent us three photos that he had sent her and asked us if we were able to investigate these photos. Two turned up nothing. However, we hit paydirt with the third! It shows Alex wearing a black t-shirt and black winter hat that has black ear-like tufts on the top. The image showed up in many places online, including a LinkedIn account for someone identified as Mark A. Harms. 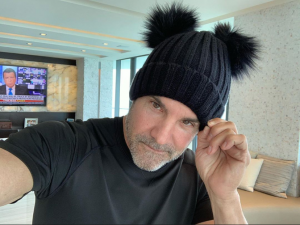 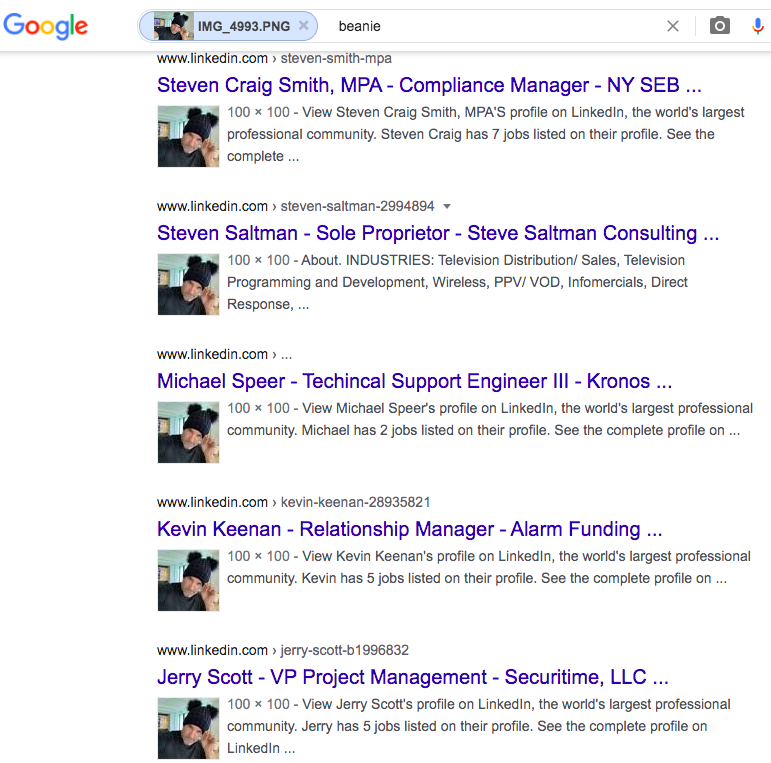 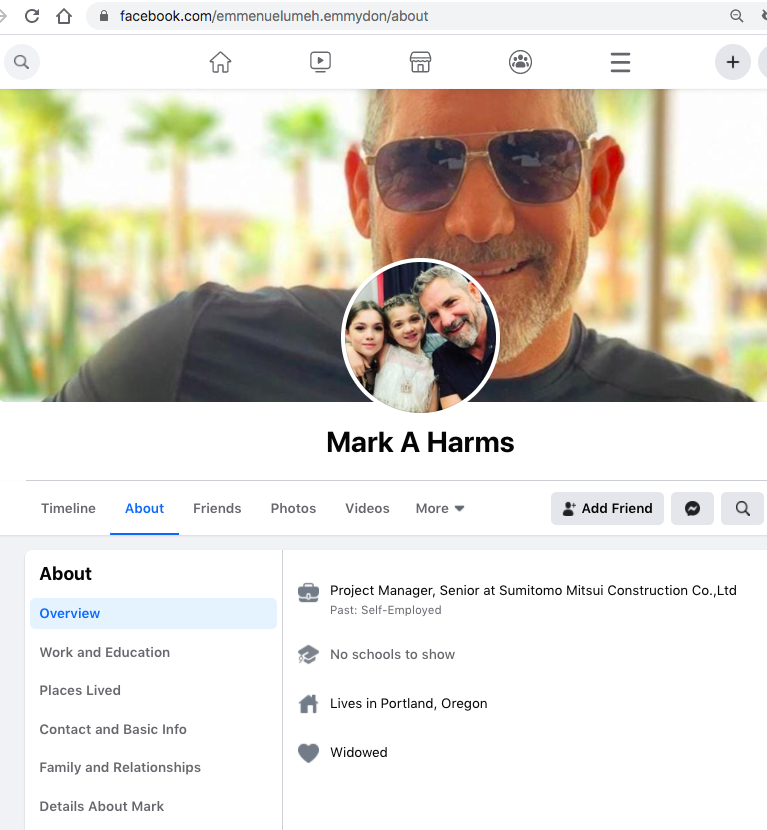 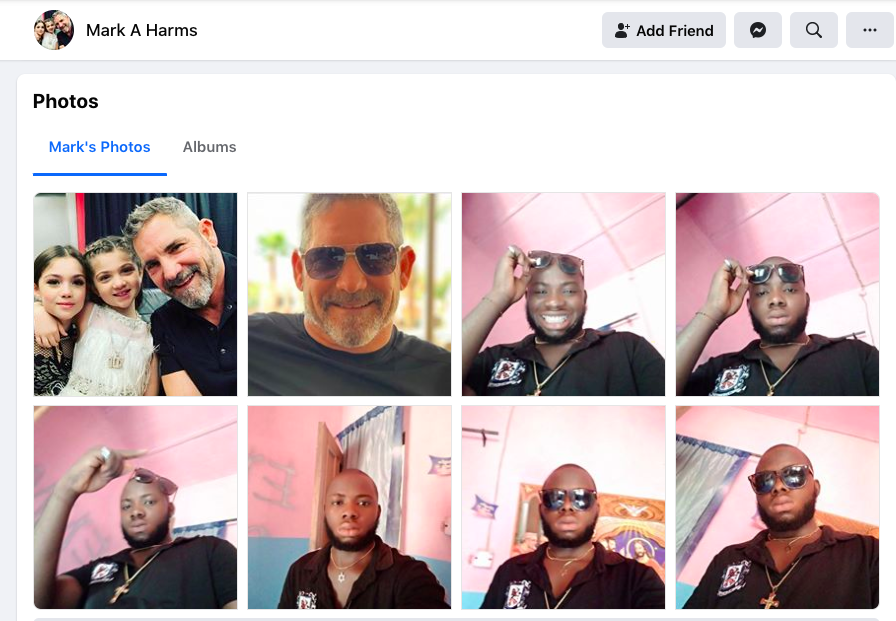 NOTE: in the screenshot below that says “Breaking News Valentine have been Cancelled, due to high rate of single people in LGA,” LGA refers to “Local Government Areas” of Nigeria. 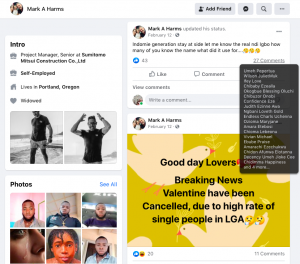 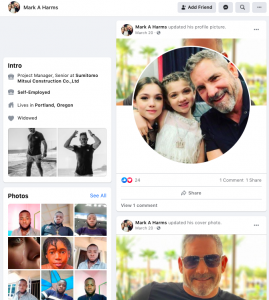 We provided Marianne with a tracking link to send to Alex G. Scott, who claimed he was currently in Syria, and urged her to trick Mr. Scott into clicking the link. He did, five times in fact! Each time it showed us that Mr. Alex G. Scott –or Mark A. Harms, or whatever his real name is– was actually someone located in a neighborhood of Lagos, Nigeria called “Banana Island.” Banana Island, according to Google, is in Lkoyi, the most affluent neighborhood in the city of Lagos. 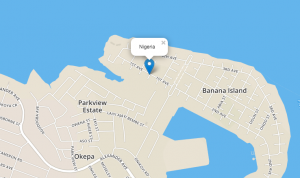 Once it was clear that Alex was a scammer and located in Lagos, Nigeria, Marianne called him out on it. Of course, he kept denying that it was true.  That was the last time that Marianne spoke to this fraudster!  And it turns out that the photos used to represent BOTH Alex G. Scott and Mark A. Harms are actually photos of an American author named Grant Cardone.

Do you suspect that you may be communicating with someone online who is not who he or she claims to be?  Contact us and let us help you figure it out!