[Published June 2, 2020] A friend recently contacted us to ask for our advice.  His brother’s Facebook account was stolen and the brother was locked out.  Moreover, it appeared that the criminal, posing as the brother, was promoting a bogus money giveaway that we know as the “cash app scam.”  This scam is based on a one time cash giveaway from a real App developer.  We tricked the scammer into revealing his fraud! Here’s what happened…

We’ll call the brother “Bob.”  Bob’s posts and threads are silly and posted periodically for many weeks.  Many show a degree of empathy that we traced back into early April.  But in mid-May they stopped. The last real post appeared on May 12, and then nothing was posted until the following thread on May 29…   “Congrats to the lucky winners yesterday. The first 100 people to comment CASH will earn a payment of $1500 to $3500 before midnight.” 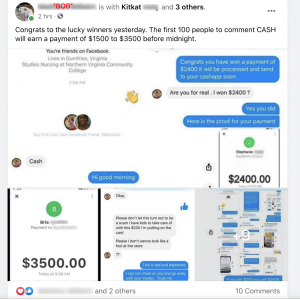 We know this isn’t “Bob” but all his friends and relatives think it is Bob saying this, followed by screenshots of conversations with Bria, KitKat and others who marvel that they have already won money from Bob. Also, Bob’s account is suddenly no longer private.  It is wide open for anyone to look at his threads, posts, photos, etc.  So Doug reaches out to Bob and asks….

Bob replies “Sure!  Just inbox me” 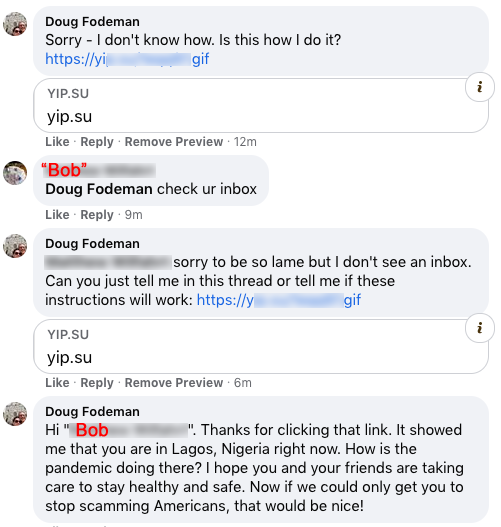 “Bob” clicked our link which contained a tracking code.  This is what it showed us about “Bob’s” location at that moment… 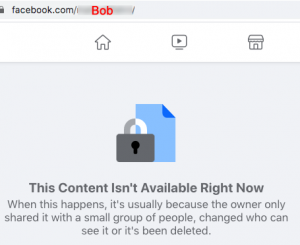 The “cash app” scam is a well known fraud that runs on social media services like Facebook.  Essentially, people are tricked into sending the scammer small amounts of money like $10 to $20, presumably, to establish an account between the person offering free money in a promotion and the victim.  But after the victim sends his real money, the scammer shuts them out of the social media account.  A scammer preying on twenty or thirty people that way can quickly make a hundred or more dollars.  This scam been well documented in articles like these:

It got us thinking whether or not it would be hard to find similar scams on Facebook.  We used the Facebook search feature to search for “Cash App” and quickly found this ongoing scam.  Do you recognize the name “Bria” below?  She claimed to be a winner of $3500, as if to legitimize this scam.  Bria was also one of the winners found on Bob’s stolen Facebook page above.  Bria is, of course, the scammer pretending to be someone else.

BOTTOM LINE: NO ONE is going away money in the promotion of an App through social media, like Facebook and Twitter.  And if they really were giving away money, you wouldn’t have to send money to them first!